Known to the trade as tiling bonds, ‘bond’ basically means pattern. There are a number of different bonds that you come across in the tiling world. Some are as simple as one tile laid directly above another in a grid pattern (stack bond), while others are far more complex and require the tiles to be turned through 45 degrees and laid in a flowing pattern (45 degree herringbone bond).

Below are some of the commonly used tiling bonds.

Stack bond
This one is easy to explain and one of the most commonly used bonds. Note the grid formation. This bond can be used with either square or rectangular tiles and creates a timeless look. 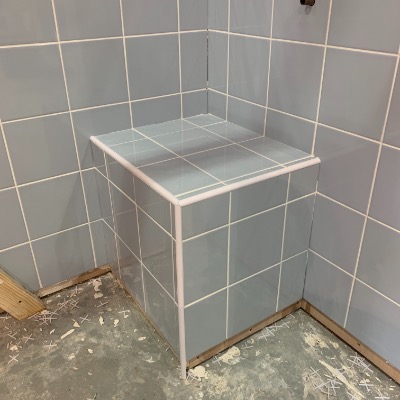 Brick Bond
Probably the most popular tiling bond in the UK. Laid out with a 50% offset in the same way that bricks are when used to build a wall. Looks the best with a rectangular tile and needs a little extra thought when you begin to set out a job prior to tiling. 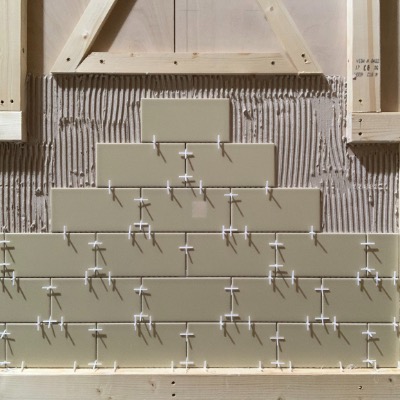 Diamond Bond
This one doesn’t need a lot of explaining – it is square tiles turned through 45 degrees to represent diamonds. Can look extremely striking if used on smaller walls and with different colour tiles. 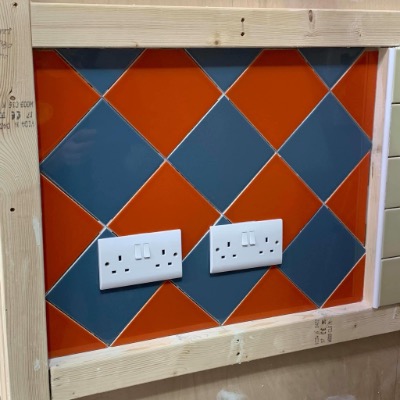 90 Degree Herringbone Bond
Herringbone is where one rectangular tile leaves the end of another rectanglular tile in a different orientation than the first. 90 degree herringbone is the simpler version and can look incredible with a simple rectangular wall tile on a kitchen splashback. 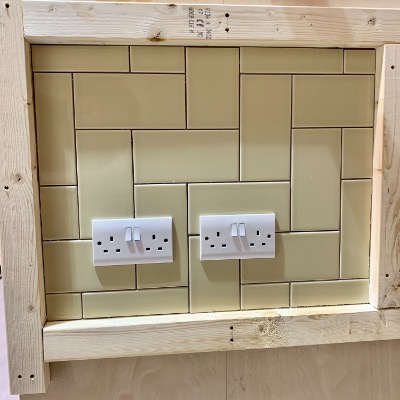 45 Degree Herringbone Bond
This is the same pattern as 90 degree herringbone but with the entire layout turned through 45 degrees. Most commonly used on floors with the long rectangular wood-effect plank tiles, it really can look fantastic. Requires a slightly more complex process for setting out to ensure the same size cuts at each end – it isn’t as simple as just starting in the middle of the floor! 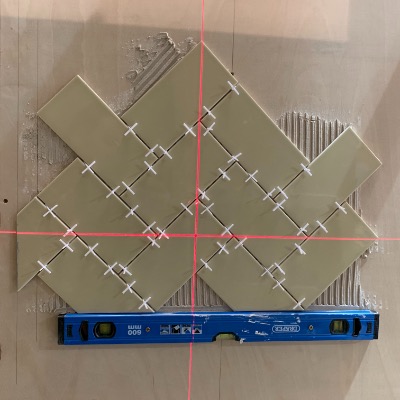 Needless to say there are other bonds that can be used but most of them are a slight variation on one of the above.

You will learn how to set out, cut and lay all of the above bonds during our 13 Day Expert Tiling Course